What You Need to Know About the 3M Earplug Lawsuit

The Justice Department settled a lawsuit with 3M in July 2018 that the company defrauded the government by selling earplugs with “dangerous design defects” to the military for “more than a decade” from 2003 to 2015. 3M agreed to pay $9.1 million to the government to settle the government’s complaint. This money did not go to the individuals injured by these defective earplugs.

Now servicemen and women are filing their own lawsuits for hearing loss and tinnitus suffered that resulted from the defective earplugs. Many of these veterans have suffered permanent disability and life altering side effects as a result of the fraudulent behavior of the company.

The company that originally made the earplugs, Aeroero, acquired by 3M in the early 2000s, intentionally and knowingly falsified the safety testing and 3M knowingly continued to sell the “worthless” earplugs for nearly a decade after the acquisition. These earplugs were causing the very conditions that they were supposed to prevent, leaving unassuming military personnel with life-changing injuries.

There were two sides to the earplugs.

1. If worn in the “closed” or “blocked” position (olive end in), the earplugs are intended to act as a traditional earplug and block as much sound as possible.

2. If worn in the “open” or “unblocked” position (yellow side in user’s ear), the earplugs are intended reduce loud impulse sounds, such as battlefield explosions and artillery fire, while allowing the user to hear quieter noises; for example, commands spoken by fellow soldiers and approaching enemy combatants. 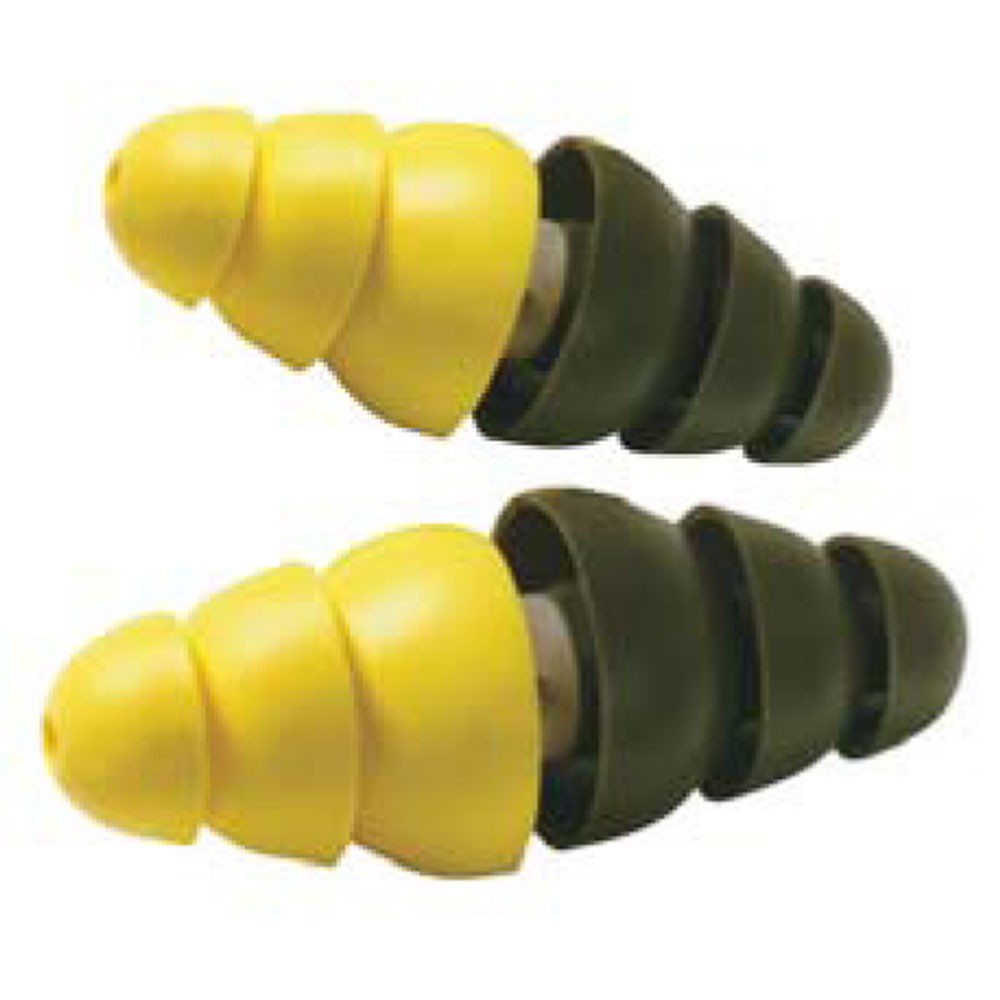 During the testing, they found out that the “open” or “unblocked” position did not work and had virtually no effect on protecting the users from hearing damage. So they manipulated the earplugs by folding part of them back during the testing to artificially make them meet the contract requirements, but never notified anyone that this was done or that they needed to be worn that way in actual usage to work properly.

As a result, they got the lucrative government contract, but our service men and women were using earplugs that were “totally useless” when inserted in the “open” or “unblocked” position. Thousands ended up suffering hearing loss and/or tinnitus that would not have happened if the earplugs met the standards that the falsified testing showed and what was required to get the contract.

Are You Eligible and Who Can Take Part?

Individuals who served in the military between 2003 and 2015 who used these earplugs and have since been diagnosed with total or partial hearing loss or tinnitus may be eligible. Different law firms are accepting different criteria, some are stricter than others. The best way to find out if you qualify is to contact a law firm that specialized in these cases. You can do so by completing the online form on this page.

Is this a Class Action Lawsuit or Individual Lawsuits?

This is not a class action lawsuit. It is many individual lawsuits organized into what is called multi district litigation also known as a mass tort. The idea of multidistrict litigation is that it is inefficient and cost prohibitive for the parties to litigate substantially similar cases, involving the same defendants, including the 3M company in thousands of courts when nearly identical circumstances exist in each case.

There is a lot of misinformation going around about this case. We have seen many people claim that this is a class action which will “result in pennies” for each victim. This is blatantly false. This is not a class action lawsuit. It is multidistrict litigation or a mass tort. In this type of multidistrict litigation, each plaintiff, although litigated in a coordinated manner with others who have similar claims and injuries due to the same product, is considered an individual case and each victim gets their own unique settlement or verdict if the case wins or settles.

While it is difficult to determine the value of a case or if there will even be any award prior to it going through the legal process, cases in multidistrict litigation with comparable injuries have historically resulted in settlements that range between low five figures and low six figures. In case such as this, more severe injuries tend to result in larger amounts while less significant injuries may result in lower payouts. The majority of the law firms working on this case are doing so on a contingency basis (no fee unless the victims receive an award) and at their own risk. If the case does not win, the plaintiffs will not owe anything for the legal services while the law firms may be out, in some instances, hundreds or thousands of dollars or more in incurred costs related to discovery, experts and other costs.

Is there an MDL (Multidistrict Litigation)?

The MDL court is likely to convene its first status conference at which topics such as attorney leadership for both the plaintiffs and defendants may be discussed.

How Does It Work?

Taking part is a simple process for veterans that may qualify. The easiest way to sign up is to contact one of the law firms that is working on and knowledgeable on this case and mass tort litigation in general. Potential plaintiffs will be asked a series of questions to find out if they qualify under that firm’s criteria. If it is determined that the victim qualifies, they will be asked to sign up via a retainer and to fill out medical release documents and likely some additional questionnaires. The process of signing up should take no more than 20-30 minutes.

How long will potential payouts take?

It is tough to put a specific timeline on the duration of this type of case. In some instances, these cases can settle quickly, in 6 months to a year, but often it will take several years or in some instance, there is no settlement and individual cases will have to continue to go to trial. It would be expected that if there is a positive verdict or settlement it will commonly take at least 2-6 years for the process to complete and for individuals to receive payments.

Do You Have to Pay Up Front to Take Part?

Most of the firms working on this case are doing so on a contingency basis, meaning there is no cost to take part unless the case wins or settles in favor of the victims. In other words, there are no out-of-pocket costs for participating. In such case, the fee is typically a percentage of each individual payout. If the case does not win or settle, victims typically owe nothing.

If a veteran has a disability rating and is getting a VA benefit for that disability that monthly payment should not be affected. However, if medical costs or products such as hearing aids for example were covered, some of that may need to be covered out of any settlement or payout. The specifics you would have to go over with the attorney, but this should not affect any VA benefit monthly payment.